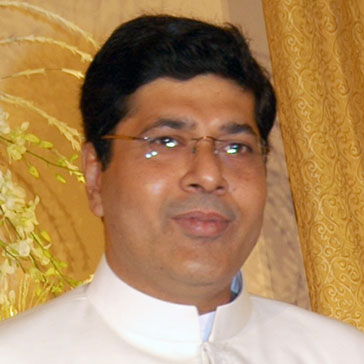 Sanjay Rath belongs to a traditional family of astrologers from Bira Balabhadrapur Sasan village of Puri, Orissa, which trace their lineage back to Shri Achyuta Das (Sri Achyutananda). Sanjay studied under his uncle, late Pandit Kasinath Rath. His grandfather, the late Pandit Jagannath Rath, was the Jyotish Ratna of Orissa and authored many books on Jyotish. He began his studies at a tender age, and received the depth of Jyotish only found among those who have been trained in the ancient traditional way of the parampara. He later became a graduate of mechanical engineering and worked for some time with the Government of India. Leaving government service to devote himself completely to Jyotisha, he has the depth of the ancient knowledge with the ability to communicate it to the modern mind.

He uses Brihat Parasara Hora Shastra, Jaimini Upadesa Sutras, Brihat Jataka and Saravali as the foundations of Jyotisha and teaches from various other Jyotish scripture and sacred literature such as the Bhagavad Gita, Upanisads, Puranas, etc. Few are able to grasp Sanjay’s broad and deep approach, and only the advanced astrologer is truly able to appreciate it. His teachings show the underlying factors of why the principles of astrology work. His teaching and writings span across various schools of thought, although not creating his own brand of astrology, which is wholistic and gets to the heart of the ancient Jyotisha scriptures. He is a strict follower of the teachings of the ancient seers and is also keen for research and further development of the subject.

He gives his students the clarity of vision of the eye of the Vedas and his works are filling the void of advanced teachings and raising the standards in the astrological world. To promote the teachings of his parampara he has formed the Shri Jagannath Center where his advanced students are helping to spread Jyotisha in a way that keeps its spiritual roots. Students learn not only about Jyotisha, but also mantra shastra, mudra, pranayama, meditation, and the Sanatana Dharma.
He is presently working on translating the ancient Jyotish scriptures according to his deep understanding of their meaning that has been given to him through the grace of his parampara.

He is the solo architect of various free and paid courses that have been conceived, prepared and taught by him. These include the SoHamsa Free Courses and